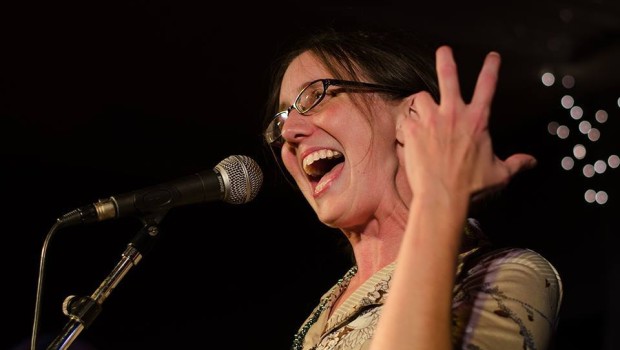 We caught up with Jessica Wheeler (above) from BCB for a Q&A about the band’s style, musical inspiration and origins.

Question: How did the BCB form, and what makes the band different from other bands?

Answer: We started as a project between Michael Colling and our former bassist, Casey Schroeder, as they were living together and Casey and Joe (drums) used to practice for a different band, in the basement of the house. Mike wasn’t in a band, but wanted to be, so they started a project together and recruited Jessica. Once Casey decided to pursue other projects, Joe brought in George (bass) and he brought in Korey (guitar).

I wouldn’t say we are that different than other bands – we love art, we love performance, and we love the connection that you feel with the audience when playing live. It sustains us, and keeps us whole as people outside of being musicians. I think most musicians feel that way, and that’s why they keep doing it.

Q: Musical genres have become very splintered in recent years. How do you define the music of BCB?

A: This is a question we encounter a lot, but we are never very good at answering it. In it’s most general form, we are a rock band. You could put us in the “alternative rock” category, but further than that, we couldn’t say. 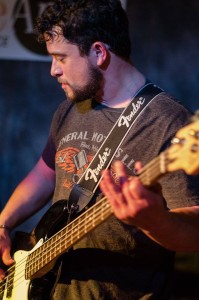 A: We like the wealth of good musicians present here. It inspires us to challenge ourselves and our music, to push further and strive harder to keep up with all the great things we are hearing around us. If we could change one thing, it would be to bring bands and musicians together to support one another more. It can feel very divisive sometimes, with the belief that if one band is doing well, the others won’t. We believe that a rising tide raises all ships.

Q: Who or what influences you as an artist – musical or otherwise?

A: We have a great many musical influences as a band. Korey loves classic rock and bluegrass. Mike is into Punk and alternative. Jess has a degree in theatre performance, and eclectic music tastes. George is our resident Metalhead. Joe enjoys electronica, jazz, and math rock.

We are also influenced heavily by various religious and political figures, and while we don’t all share the same views in those areas, we are able to come together and share the positivity that we draw from those sources and amalgamate them into the music we present.

Q: Creative endeavors involve a lot of energy – positive and, occasionally, negative. What do you do to stay positive and keep moving forward with new endeavors.

A: Staying positive is a constant struggle, not only as a band, but as people. I would say moreso than the positive, it’s the negative emotions that drive us to create something positive, music, as an outlet for that negativity we feel creeping around every corner. I wouldn’t say we are exactly a band of optimists.

Moving forward is a precarious balancing act – at this point in our lives it’s difficult to move forward as a band without moving backwards with other aspirations and responsibilites that we have in our personal lives.

But, we also utilize that struggle in order to create. We record all of our practices, from start to end. When we feel like we aren’t progressing as a band, we go back and listen to the random jams that we’ve done, which inspires us to keep trying.

Q: Why is having a great fan base and creating great music so intertwined in music today?

A: Having a great fan base has always been the measure of success for musicians in the popular view (more fans = more sales = more recognition = success), but I don’t personally believe that your measure of success as a musician depends on it.

If you are creating music that you love, you have succeeded. If you can translate that melody or pattern you hear in your head into a physical representation, have you succeeded. If people enjoy what you do, having more and active fans is how you bring your music to more people, but it shouldn’t change how you feel about your music personally, if your goal is to simply make music.

To answer more directly though, if your goal is to make a living playing music, having a large and active fanbase is absolutely critical, if you treat being a musician in the traditional sense. You can’t rely on signing that record deal and getting radio exposure anymore – not that it was a guaranteed path to success in the past either, just less so now.

Word of mouth and testimonials are the best path to an increased fanbase in today’s age of music, due to the wide variety of music listening options available. And we like that those options are available, because their low-cost removes a barrier of entry that most musicians could not overcome without the help of corporate ownership, and makes a non-traditional (read: independant) path to success possible.

It is far less important that your record goes gold or platinum when you are able to make 100 percent of the profit from sales, and therefore, appealing to the widest audience possible is no longer necessary. And with that, we see the explosion of subgenres that was alluded to in another question because appealing to a niche audience is as easy as having a popular blogger tell fans of your subgenre to listen to you.

Want to know more about Port Nocturnal? Check out this recent video from the folks at Cliff News Net.