On Tuesday night, Innovation Market celebrated a night of entrepreneurship, networking and ideas.

The ideas included businesses, tech solutions, ways to improve the community and more. At the end of the night, five ideas advanced to a final pitch round, to be held at a later date.

For most attendees, the night provides a fun conversation about all the what-if ideas presented by community members, young professionals and others. The voting is always at the heart of the event, and provides great table discussions about what the best concepts truly are.

Sometimes the winners stand out, and others, like a proposed levitating microphone, just drew questions. “What is it” said one voter as he read the description. “How does it levitate?”

The concept was one of scores lining the windows in the 4th floor of the Ho-Chunk Centre. Others included circular paper towels for microwaving, a Princess Party company for children, and Kesshi Studios, a transmedia ebook company.

The other highlight of the evening is the speakers. Dave Winslow, who was last year’s winner, used his $5,000 prize money to open Jackson Street Brewing Company, a local brewery on Nebraska Street downtown. Winslow talked about his year – which included both ups and downs. “I worked a lot of 15 hour days to get the place open,” he said. “And now we’re open four days a week.”

But he said, his traffic, and in turn his profits, fluctuate week to week. And sales aren’t exactly where he wants them. But they will get there he said. Winslow is planning to open for a fifth day each week this summer, and he said sales of his Growlers, a half gallon bottle of tap beer, are popular sellers.

Serial entrepreneur and business leader Lance Morgan, who is CEO of Ho-Chunk Inc., brought some levity to the night, joking about how he got started in business. As a Harvard Law graduate and one of few in his home of Winnebago, Neb., with a college degree, a 25-year-old Morgan “was put in charge,” he said laughing. “And I should not have been put in charge.” That was more than 20 years ago.

His successful endeavors today, which include numerous companies that produce hundreds of millions in annual revenue, prove that he was on to something.

Morgan attributes much of his success to “being confident in what I was doing.” He espoused a policy of getting things done, and eventually, his multiple business ventures paid off. His companies include All Native, a multi-pronged service provider serving technology, IT and healthcare industries, as well as real estate ventures, a law firm, marketing company and others, employ hundreds of people locally, in northeast Nebraska and across the nation.

The final speaker at Innovation Market was Omaha entrepreneur and investor Jeff Slobotski.

Slobotski is best known for the company he founded in 2008 – Silicon Prairie News – a website dedicated to telling the stories of entrepreneurs across the Midwest, namely from Nebraska, Iowa and in the Kansas City region. The organization went on to create Big Omaha, an annual entrepreneurial conference that attracts more than 700 innovators, business owners and startups from across the nation to Omaha.

He’s now VP of Business Development for Wave Interactive, which provides many digital services including strategy, architecture, design and implementation, and is also Founder of Router Ventures, an angel fund and consultancy.

He shared a number of lessons learned from his journey as an entrepreneur.

“I wanted to tell stories of people doing amazing things,” Slobotski said of his vision to start Silicon Prairie News, which has since been sold to the AIM Institute. He cites stories about Connor Oberst, the Omaha musician who was gathering national headlines, the founders of The Slowdown, a popular local music venue, and Saddle Creek Records. “They are all entrepreneurs.”

Slobotski said he just started videotaping inspiring people and places and telling stories about them. The site blossomed and became a go-to for regional tech news, jobs and networking.

He was sick of the Midwest being dubbed flyover country, and wanted to put Omaha and the region on the map.

Slobotski points to Former Omaha mayor Hal Daub as a visionary. Daub was instrumental in remaking the Missouri riverfront near Omaha’s downtown. “Through Hal’s vision, he was able to get stuff done.” And Omaha needs to recognize the visionary people who are making things happen there today, he said.

Slobotski said serving the community and giving back is important in building a strong community network. Finally, he said, leaving a legacy is important for companies, too. He cited author Seth Goden’s mantra: “Think big, dream big, act big” to get things done.

The highlight of the evening, for many attendees, was the exchange of ideas. The winners who will advance to the next round include: 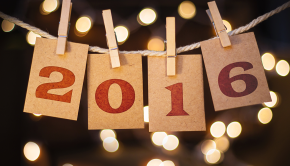