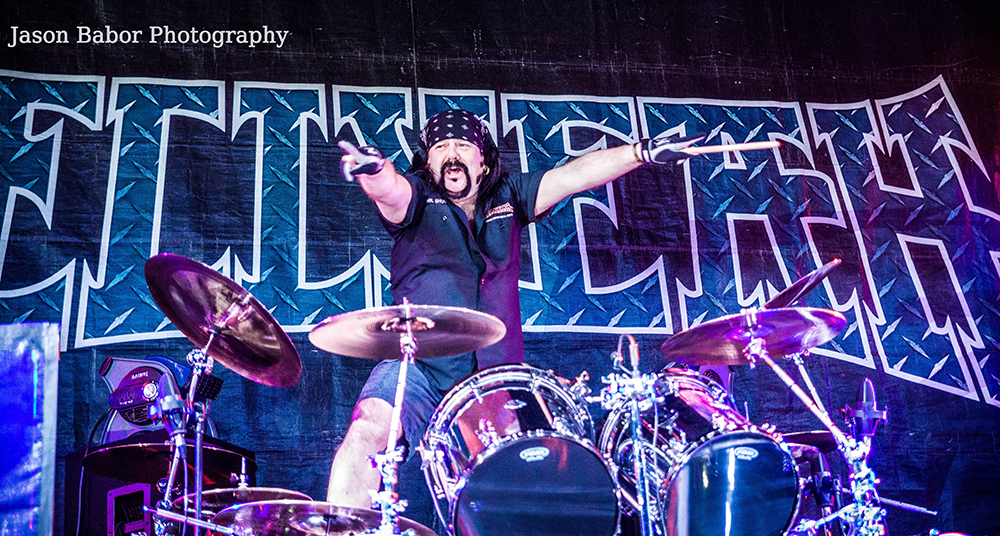 They came, they saw, they tore the place to shreds.

Oh yeah, and they rocked the hell out of the Anthem. They are Hellyeah, and they were huge at the Hard Rock, performing to a sold out crowd.

The eager crowd jammed the Anthem on Saturday, Feb. 21 for a night of heavy rock, head-banging and non-stop adrenaline. The band is currently on tour in support of its Blood for Blood tour, the band’s third album

The popular heavy metal supergroup formed  in 2006, and include members of Mudvayne, Nothingcace and Pantera. They have wowed crowds across the nation, and this tour took them across the Midwest before hitting the south and East Coast this spring.

Here are 13 killer photos of Hellyeah by Jason Babor of the concert.

One Response to Photos: 13 killer photos of Hellyeah