When you ask the public to decide on what is considered “the best” of anything, the competition is bound to

We want your vote for Best of Sioux City

Let’s face it – we love Sioux City. And every time someone asks us for a recommendation on the Best 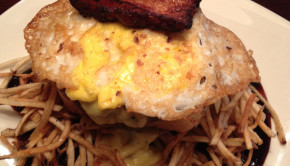 If you are a meat eater and haven’t tried the Wagyu Burger at Kahill’s Steak House in South Sioux City,