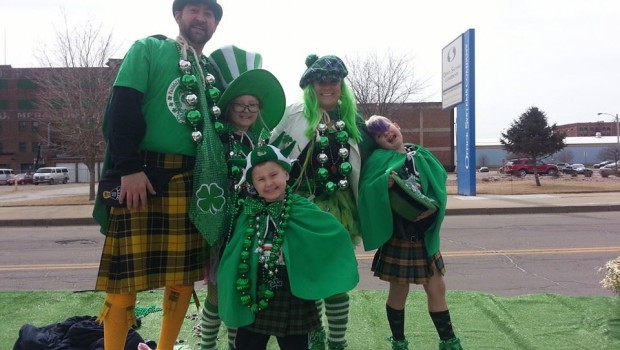 Whether you are Irish or go green for a day, the Sioux City St. Patrick’s Day parade is sure to please both the die-hards and part-time Irish.

The annual parade, which has grown through the years, is marking its 9th year, and starts at 6 p.m. Friday, March 17, in downtown Sioux City. Last year’s parade attracted thousands of revelers to downtown to watch dozens of floats from local businesses and groups. Organizers hope that the Friday night event will help increase numbers at the attraction this year.

So get your green on and get downtown early to get a seat on 4th Street. Organizers say more than 50 floats are registered for the parade.

The parade begins at 4th and Iowa streets, near Historic 4th Street, and parades down 4th Street, finishing at 4th and Pearl streets. So get out your greenery and your beads, your silly hats and your green beer and get ready to live it up like the Irish.

Find more information on the official parade website. Here are our photos from last year.