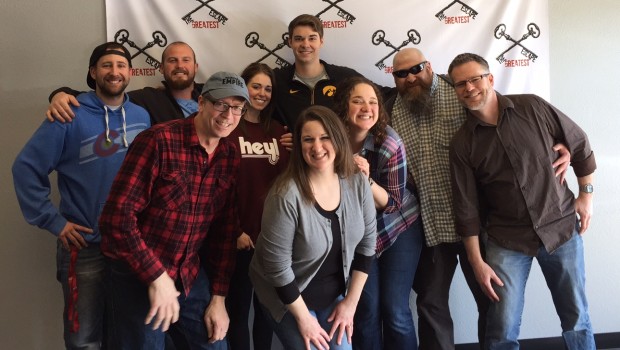 Editor’s Note: We’re re-running some of our favorite stories from the past year because we know some readers missed them the first time around. If you have a story about Siouxland area person, place, or event, we’d love to know about it. Share them at events@siouxcitynow.com.

It’s a race against the clock. But we took the challenge at The Greatest Escape in Sioux City, and … escape we did not.

What we found – the challenge was every bit as tricky, mind-boggling and exciting as you can imagine. In the name of not giving too much away, I’ll steer clear of details that spoil all the juicy secrets hidden behind the closed doors at this Sioux City entertainment venue. 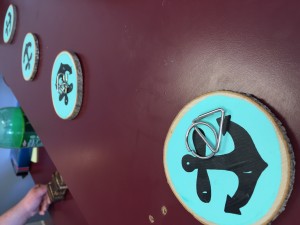 Our group of 10 chose The Pirate Ship room, which holds eight or more people. There were 10 of us. So why didn’t we escape? Namely because of a mix-up in clues – we were only the second group to go through this particular challenge. We were guinea pigs, in a way. Either way, we had a blast, and I’d do it again in a heartbeat.

Here’s the premise: You have broken into your enemies’ pirate ship. Recent intel has made you believe that the most coveted treasure in the ocean is hidden on their boat. You have one hour before their crew comes back to find clues and dodge booby traps, in order to find the clue and get out.

Here are six things you should know about The Greatest Escape:

1. You don’t need to prepare in advance. A friend on the way in said that he had been advised to “study up on escape room tactics” and he didn’t. I assured him we’d all do just fine.  For the most part, just bring your wits and an open mind. Remember, every escape room is customized, so no two challenges are going to be the same.

2. Mix up your group – don’t bring 10 accountants into the room and expect great success as each part of the challenge requires different types of thinking. Some require curiosity, others deciphering puzzles and some require math. I was told there would be no math, but alas, there was. Sometimes you just need the guy who’s good at figuring crap out – we had a couple of these guys in our group and they loved it.

3. Adults only – That doesn’t mean the rooms are filled with profane or inappropriate material. They are not, but the challenges are suited to adults. Kids might struggle with some of the challenges.

4. You get clues – If you need them, the staff can give you clues as the clock ticks down at hour’s end. We got a couple of them, and they helped get us to the next clue.

5. Be creative and think outside the box: The challenges in the Pirate Ship required our team to think creatively. Both about what to expect from the clues that continued to be discovered and about what they meant. There are locks all over the room, so you know those are part of the challenge. But figuring out how to unlock them and what to do with the treasures you find along the way will get you a step further to solving the riddle a lot faster.

6. Don’t get too juiced: A few in our group prepared with a few beers (it was a birthday party, after all) but we don’t advise getting too juiced up because a clear head will make those mind benders easier to figure out. Really – we’re pretty sure someone who had more than a few drinks will struggle to get out. Save the drinks for the celebration party. And have a great time – your 60 minutes are sure to go by quickly. 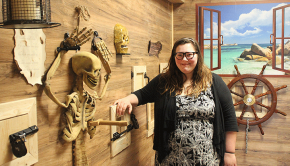