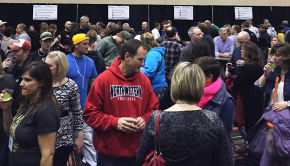 Beer, beer and more beer at Steins and Vines

Ah, nothing beats the feeling of drinking in the early afternoon. That’s probably what the nearly 2,000 people participating at