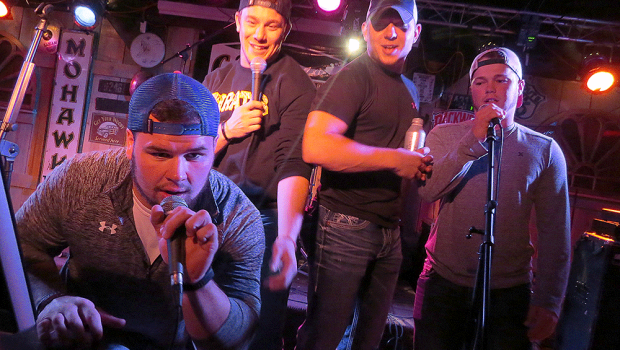 If you love a wild party, you belong at karaoke night at the Chesterfield.

I hadn’t been to the Chesterfield karaoke night since the week of my college graduation. The place was packed so tightly that night with members of my graduating class that there was barely room to sit or walk around.

I had thought at the time that the explosion of drunken excitement that I experienced that night might be a phenomenon energized by the prospect of impending graduation. However, over a year and a half later, I have come to realize that it is actually a regular thing.

That being said, here are five things you need to know about the Chesterfield’s Tuesday night karaoke:

1. A wide variety of music will be sung

The Chesterfield’s patrons seem to have a pretty broad musical taste, so you can expect that just about anything, from any decade or genre, might be played before the end of the night.

I walked into my most recent karaoke night to the sound of “She Hates Me” by Puddle of Mudd, followed by the classic “All Star” by Smashmouth as I found a seat at a side table between the bar and the stage area.

The karaoke-goers’ playlist continued with everything from Kansas’s “Carry On Wayward Son,” to a few drunken country western songs, to Adele’s “Hello” (of course), to an almost-out-of-breath, six-minutes-straight performance of “Rap God” by Eminem!

2. It gets crowded, which allows plenty of opportunities to run into friends and socialize

Throughout the evening, I ran into former classmates and former coworkers. While chatting, some of us pointed out that events like this were the only times we really hung out with people anymore.

With everyone’s busy lives, it’s sometimes hard to coordinate plans and find something to do together. Meeting up at the Chesterfield for karaoke night is a perfect solution to this dilemma. 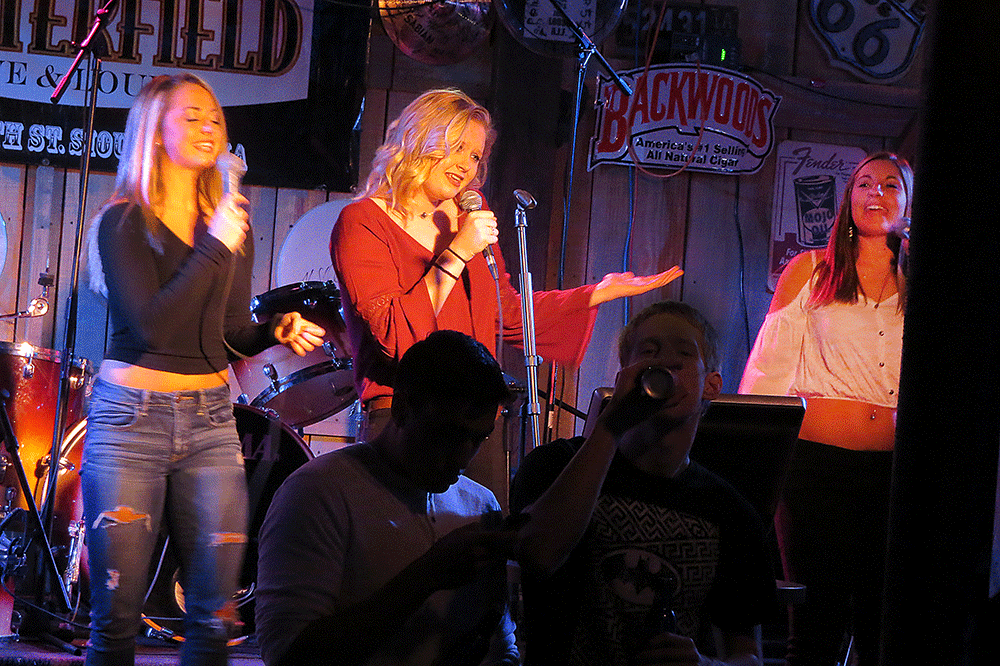 3. It also gets really loud, which adds to the party atmosphere

Music plays in between songs, so there is always music going, even when no one is singing. I could literally feel the wall pounding behind me as I sipped on my Sex on the Beach and watched people making their way from the bar to their respective tables, usually balancing multiple drinks in their hands to bring to their friends.

Most of the karaoke-goers were dressed to party, as well; many of the men were wearing shorts and T-shirts while the ladies dressed in crop tops and sandals, channeling a summer vibe despite the impending snow warning.

4. The crowd is mostly college-age, but everyone is welcome

An endless tide of 20-somethings flowed in either direction, disappearing into the crowd around the karaoke stage or queuing up to the bar for more drinks. Every now and then, I did spot patrons who looked older, though my generation seemed to be the predominant population.

The crowd steadily grew thicker as the night went on. Karaoke starts at 9 p.m., but the place continued to fill up after 10 with devoted patrons who have no qualms about being out late on a Tuesday night.

5. You don’t actually have to sing karaoke to have fun

I get the feeling that only a handful of people actually come for the karaoke; though there was usually at least one person on stage with the microphone, the number of people getting up to sing paled in comparison to the crowd of people present.

The rest of the karaoke-goers appear to be there just to drink and hang out. Groups of people sitting near the stage area laughed, shared drinks, and took selfies while their comrades made their way up to the microphone.

Not everyone singing karaoke has, shall we say, the best voice, but that is what adds to the entertainment of it for many of those who participate and those watching.

“Sometimes it is fun to make a fool of yourself and watch others do the same,” said Aaron Cruz, the “Rap God” performer.

People seemed to loosen up and become more comfortable getting up on stage – sometimes alone and sometimes in groups – later on in the night. The amount of alcohol consumed by this point may have been a contributing factor, but even if you are not a heavy drinker, you can still be entertained by these late night karaoke performances.

The Chesterfield hosts karaoke nights every Tuesday starting at 9 p.m. Come on down if you’re looking for fun – it’s sure to be exciting.