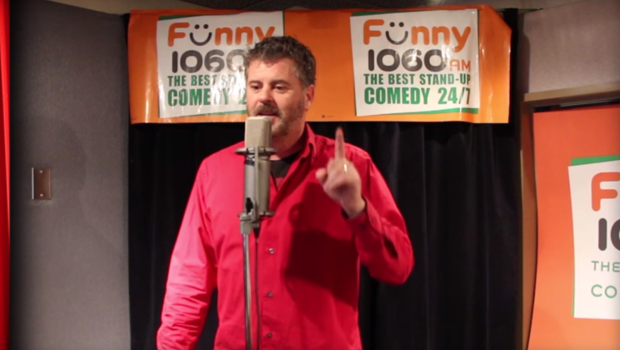 J.R. Brow went to college, became a standup comic, and eventually toured 49 states and 4 continents with his guitar in hand.

He has opened for performers like Dana Carvey, Ray Romano, Bill Hicks, and Steven Wright. He’s recently been featured on Comedy Central’s “Live at Gotham” and CBS’s “Late Late Show with Craig Ferguson” as well as many other television spots along the way.

Like the rarest of breeds, J.R. electrifies audiences with his high energy storytelling and spot-on mimicry. When his guitar comes into the act, the originality peaks with his unique musical prowess. Brow’s comedy can be heard on his current CD, “Dumber By The Decade” and read in his upcoming memoir, “The Ancient Greeks Had Nothing On Me.”

J.R. lives in Austin, travels 40-plus weeks a year, and is constantly writing new bits. In his free time, he collects Japanese guitars and rare vinyl records.
Must be 21 or older to attend.

Here’s a short clip of the comic.