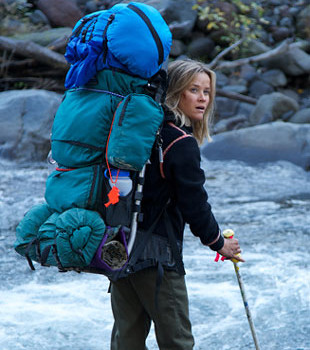 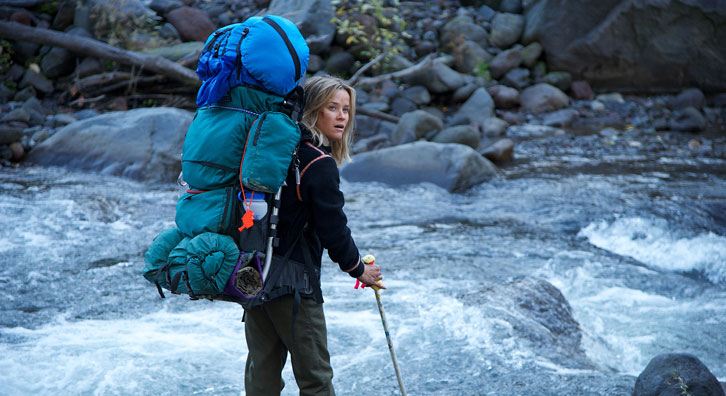 To know that seeing the fish beneath the surface of the water was enough. That it was everything. It was my life – like all lives, mysterious and irrevocable and sacred. So very close, so very present, so very belonging to me.

We all have hardships in life, fighting to breathe in a world that closes in on us, and sometimes to escape the pain we make self-destructive choices, battling the demons raging inside. But most of us don’t put these out there for the world to see, sharing our spiral into despair and the emergence from the darkness within. This is exactly what Cheryl Strayed does in her memoir, Wild: From Lost to Found on the Pacific Crest Trail, and Reese Witherspoon recreates in the film Wild.

Released in Sioux City last week, Wild pairs Strayed’s internal journey from despair to hope with her external one as she hikes 1100 miles on the PCT, following the spine of our western mountain ranges. The story parallels her ups and downs on the trail with the ups and downs of a life spun out of control as she tries to cope with the death of her mother through the ruination of her marriage and the destruction of her body through drug use. The film is an intimate experience as it takes viewers along for the ride, or, more accurately, the hike.

The setting of the film, portions of the rugged Pacific Crest Trail from the deserts of southern California to the wetlands of central Oregon, could have easily stolen the show if the film had been put in the hands of a lesser director. But Jean-Marc Vallée, just off the success of “Dallas Buyer’s Club,” doesn’t go for the easy shot. The scenery forms a stunning backdrop to the struggles of the protagonist, and sometimes it functions as complications to the story line, but the focus is all Witherspoon/Strayed. The temptation of shooting sweeping panoramas and romanticizing the land must have been strong, and Vallée does give us shots of the beauty wherein Strayed walks, but for the most part he avoids dwelling on the landscape.

This limited attention to the scenery, the trail and to the agonies and victories of the actual hike has drawn criticism from some backpacking purists, along with how unprepared Strayed was and her less-than-optimal equipment. But Strayed’s story is not a how-to, or even a how-not-to, guide to backpacking a long distance hike. It is the weaving of these two journeys – the internal and external – that makes her story so memorable, and to succumb to the easy allure of those external vistas would overpower the pain of her internal struggles. When we are directed to the external, it is always in reference to an internal obstacle.

Like the two plot lines, Vallée treats his character and the landscape with equanimity – both are shot for the most part in natural light with little manipulation of tinting, makeup, or manipulation. Because of his use of natural light, many of the scenes had to be shot quickly in only a few takes. Witherspoon wore no makeup for her trail scenes and reportedly didn’t have a mirror in her dressing room. Her dedication to authenticity is evident in her strong performance throughout the film, and her portrayal is consistently gritty and raw – from crossing a raging stream to lying naked, high on heroin, on a bare mattress.

Strayed’s original memoir has this same gritty, raw, honest tone, and Nick Hornby’s screenplay is true to the story. This is no surprise as Strayed was regularly on set, consulting, advising prop selections and supplying original photos. If you look quickly, the writer even makes a brief appearance, dropping Witherspoon off at the motel where she begins her journey. Strayed has praised the film and its cast, Witherspoon especially.

Witherspoon’s performance is spot on, and she’s already earned a Golden Globe nomination for best actress and is predicted to earn another from the Academy. Her choice to go au naturel, coupled with her dedication to honesty as a character, deserves acclaim. We are convinced she’s experiencing these triumphs and defeats, and never do we doubt her honesty as the character. If there is any weakness to the film, it is Laura Dern’s performance as Strayed’s mother. Not only is the age difference a little hard to swallow, but also Dern’s character is all surface and mostly unnaturally buoyant. I would have liked to have seen more depth in her limited screen time.

The other minor characters, from her long-suffering husband to her best friend, are convincing, but on screen the film is all Witherspoon. However, its success is due to a coming together of talent: because of Strayed’s brilliant story, Hornby’s true adaptation, Vallée’s raw direction and Witherspoon’s convincing, strong portray, the film is a rich experience. Our engagement ensures that Strayed is never alone on the trail; when the character finally finishes her hike at the Bridge of the Gods on the Oregon/Washington border, we know her pain and effort has all been worth it, and we breathe the sweet air of release and acceptance along with her.