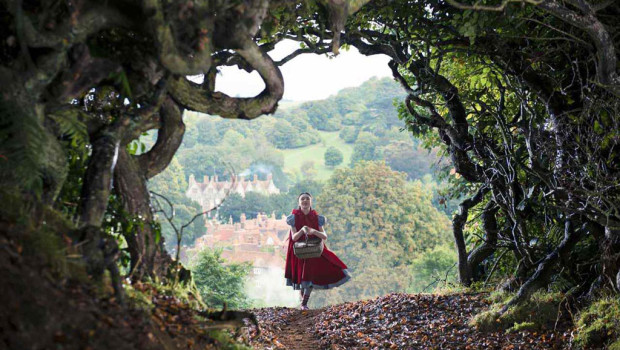 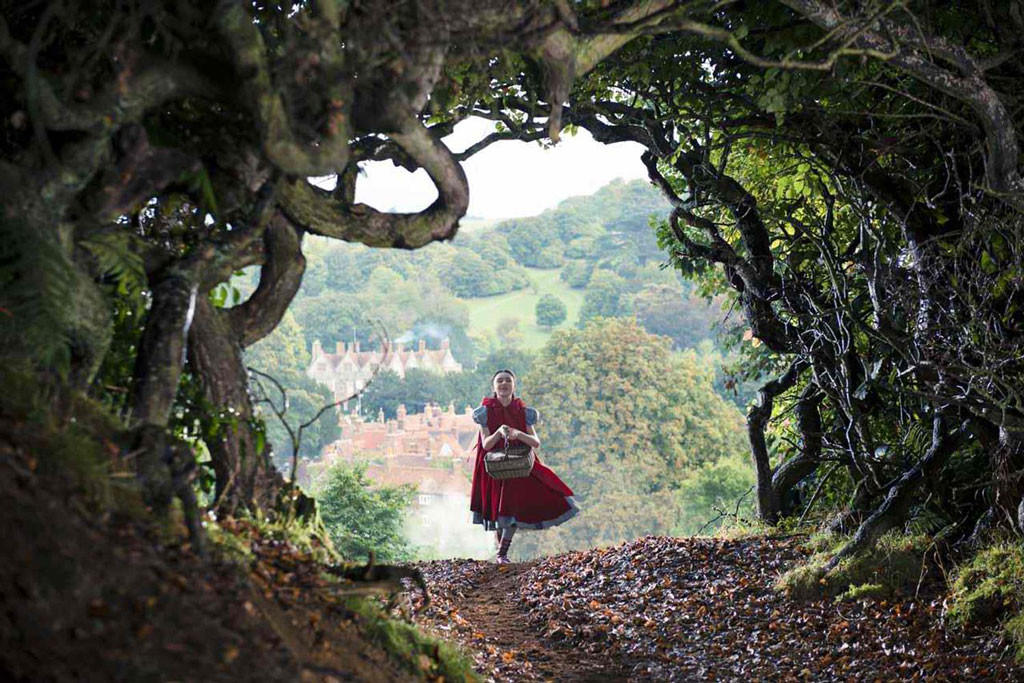 If life were made of moments, Even now and then a bad one –  But if life were only moments, Then you’d never know you had one.

Fairy tales told by Disney are notoriously bland and diluted, eschewing the darkness of the Grimm brothers for happily-ever-after endings. Perhaps the criticism of fairy tale purists has swayed the mega production company, or perhaps they simply saw an opportunity to tell these fairy tales on the big screen in a fresh way, but, regardless of motive, the effect has been the same. Into the Woods, adapted from the Tony-winning broadway play, is a dark romp through a literal and metaphorical forest for its characters and its audience.

Director Rob Marshall brings the same energy to the film as he did for Chicago, and he stays true to the essence of the stage production while trimming a few songs and softening some of its sharpest edges. The script blends recognizable fairy tales – Little Red Riding Hood, Jack and the Beanstalk, Cinderella, and Rapunzel – into a new story manipulated by an evil witch played ferociously by Meryl Streep. Although Streep’s makeup is a bit over the top for much of the film, she brings her usual talent and commitment to the role as she sets the other characters in motion.

The cast of characters includes the ones from the familiar tales with the addition of a childless baker and his wife, and the performances are strong, both the acting and singing. James Cordon, known for his stage performances, and Emily Blunt are convincing as the baker and his wife, and Anna Kendrick as Cinderella brings an authenticity to her role as she interacts with Chris Pine’s charming prince. The two young actors, Daniel Huttlestone as Jack and Lilia Crawford as Little Red Riding Hood, also turn in strong performances.

Part of the film’s charm comes not only from its darkness and violence, but also its humor. In a nice plot construction, Cinderella’s prince is brothers with Rapunzel’s prince, and the two, while different in temperament, are equal in hyperbole, with some of the funniest lines in the film coming from their characters. Johnny Depp, in a role that’s little more than a cameo, brings his usual over-the-top performance to his Big Bad Wolf, and Tracy Ullman as Jack’s mother also makes her small part memorable.

Other small parts – Cinderella’s evil stepmother and stepsisters and the prince’s entourage – carry the weight they need to, rounding out the cast well. This disparate cast of characters, multiple, blended story lines, and much of the story being told in song, could have easily gone astray, but Marshall orchestrates the film well, and we are swept up from opening song to the final scene with few missteps.

The film, like all fairy tales, is heavy-handed thematically, with multiple lessons to be learned along the way. The woods is the vehicle for the lessons, functioning as a road of trials for our heroes, as a place of transformation, and a place of mystery. And while the woods is a frightening place and there are no easy answers, we’re assured that no one lives in the woods, no one is alone, and no one leaves for good.

But ultimately, the story is a celebration of stories themselves. Beginning and ending with “Once upon a time,” In the Woods is a testament to the power of stories, and it tells us that it is our stories – with all their pain and joy, violence and humor – that save us.

“Into the Woods” is now playing at Sioux City’s Promenade Theatre. Click HERE for showtimes.
View the official trailer below: