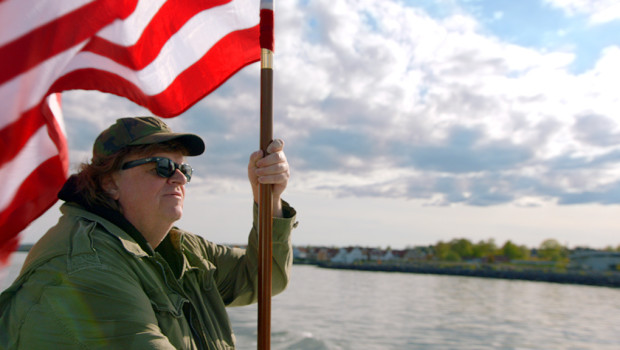 “We have problems no army can solve.” – Michael Moore

Where to Invade Next

Documentary filmmaker Michael Moore is known for his own, special brand of patriotism. Perhaps best known for Fahrenheit 9/11 (an exposé on the Bush administration and war for profit), Bowling for Columbine (a critique on America’s love affair with guns and the fear that drives it), and his breakout film, Roger and Me (a look at the effects of and events leading to the auto industry collapse), Moore is often vilified by the right and acclaimed by the left. Whether you love him or hate him, however, it’s hard to stay ambivalent about Moore’s work. His latest venture, Where to Invade Next, is his first film in years and one of his best.

Moore’s tone is always flippant and often humorous, and this latest film is no different. It is, however, more humorous and less a scathing critique than some of his previous work, and there’s a light-hearted quality that his previous films hint at but never quite reach. This doesn’t mean that the film takes a less critical look at America and its values; it means that he delivers his critique in a more positive and upbeat way. And he does this by focusing on other countries and what they do right rather than what we here in the good old U. S. of A. do wrong.

Moore visits countries around the world and talks to their citizens, their leaders, and their policy-makers. He examines working conditions in Italy, education in Finland, school lunches in France, and the strong role of women in Iceland’s government and business. He addresses how other countries deal with addiction and drugs, crime and punishment, and paid leave. His discussions with those in the countries he visits not only focus on what they are doing right, but also on what we here in the U.S. are doing wrong.

While most of his other films focus more on that “what we do wrong” aspect, his shift of focus in Where to Invade Next contributes to the effectiveness of the film. It’s hard for an audience to be defensive when watching what’s right and what’s working rather than what’s wrong. He also lets others speak for him when he does critique our policies.

The reactions of the people from the various countries he visits are often comical when he explains the differences in the cultures and practices. From the school children in France, whose shock and horror at seeing pictures of the school lunches in the U.S. are clearly written in their expressions, to the disbelief of an Italian couple when they hear how little vacation and leave time American workers are guaranteed, it is clear that people around the world are dismayed and surprised how poorly America stacks up in benefits, quality of life, and the treatment of its citizenry.

While the majority of the film is made up of these interviews and reactions around the world, Moore intersperses them with archival film clips and data from U.S. past and current behavior and conditions. These clips mostly speak for themselves rather than Moore pontificating about the state of the nation. This, of course, doesn’t prevent the filmmaker from drawing conclusions and making connections for the audience.

His major conclusion is that while we are so lacking comparatively to so many other countries, we don’t have to be. That many of the great ideas we see manifested in the countries who are doing these things right were originally American ideas. He concludes that the American Dream is alive and well – just not in America. He also, by “invading and conquering” these countries, believes we can bring these ideas back to the U.S. and we can, in fact, have a country that respects and cares for all of its citizens, not just the elite few who control the purse-strings.

Where to Invade Next is in many ways a typical Michael Moore film in that I felt a gamut of emotions during its viewing – sadness, horror, hope, anger, and joy. And while the message of the film is in many ways disturbing and unsettling, the promise he brings to the screen by showing us how good humanity can be to each other, that greed is not necessarily the driving force for everyone everywhere, and that there are many places on earth where kindness, compassion, and respect are the guiding forces for government and policy, leaves us hopeful and optimistic – even if America has a long way to go to get there.

Where to Invade Next will be released on DVD May 10.