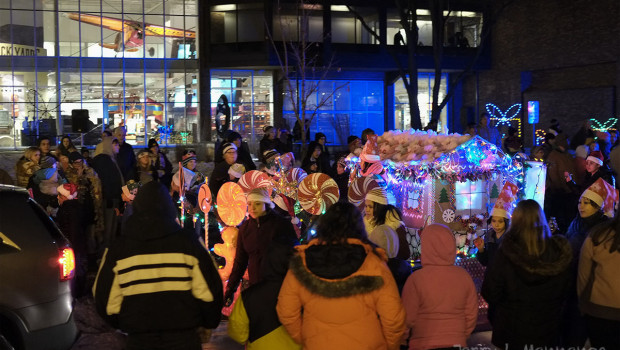 The Christmas holiday is beginning in the Siouxland area. Many organizations are celebrating before the Jolly Old Elf visits, some even before Thanksgiving. I like the Christmas season. It’s full of joy and wonderful smells (think food) and sites (think decorations) and even, snow. Yes, the white stuff. With warm enough temps and lots of it, it is hard to resist being outside.

The City of Sioux City held its lighted Christmas parade recently. And a fairly nice size crowd turned out to see it. Lighted parades can be good or mediocre. If the parade float is well lit and easy to see, it’s a delight and people enjoy it. But if there are only a few strings of light tossed about an entry it leaves a bit to a person’s imagination. Also, the city did not have some street lamps turned on lighting the street like it usually does. and without the streets lights, yes, it made it easier to see some of the floats that were lit, but for others, it was difficult.

Read the rest of the blog and see photos at Lost In Siouxland.