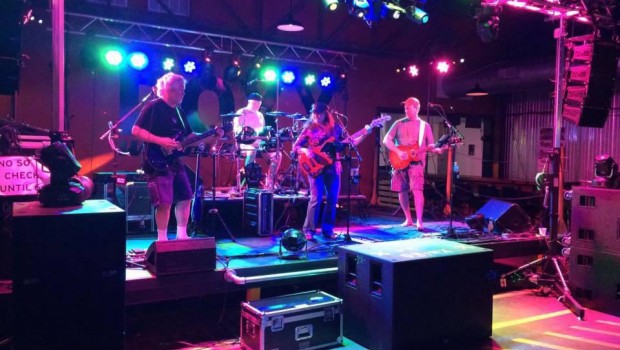 ‘I Never Saw another Butterfly’

Also part of Tolerance Week, there will be a free screening of “Raise the Roof,” a documentary about artists Rick and Laura Brown, who led the reconstruction of the synagogues of 18th century Poland that had been destroyed by the Nazis. “Raise the Roof” will be shown at 6:30 p.m. on Thursday at the Sioux City Art Center.

The Sioux City Musketeers look to strengthen their position in the USHL’s Western Conference as they take on the Fargo Force on Friday at the Tyson Events Center! Puck drops at 7 p.m.!

South Dakota rockers Mrs. Begley and the Boys (above) make a stop at Doxx Warehouse on Friday. Artists they cover include Better Than Ezra, The Lumineers, The Rolling Stones, Toad The Wet Sprocket, Black Crowes, Edie Brickell and more. Show starts at 9 p.m.

Finally, if you’ve been waiting for honky-tony, now’s your chance. Adam Lee returns to the stage at the Chesterfield with his band, with openers Matt Woods and Gerald Lee Jr. Show starts at 7 pm. If you want some real foot stomping, honky-tonk twang and maybe even some yodelling, come on down.