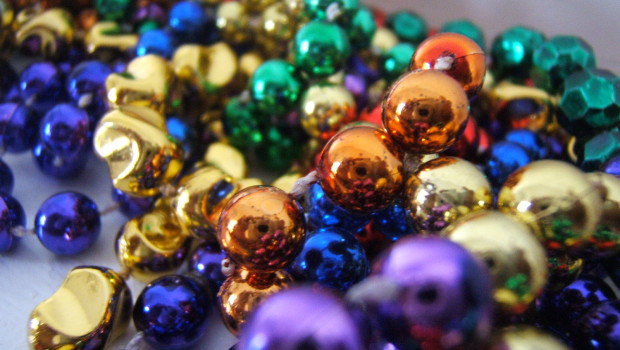 Mardi Gras returns to Sioux City on Friday, July 5th, as the Big Parade and the Mardi Gras Festivale take place for the first time on the same night!

Join the FREE fun when the Big Parade kicks off at 6pm! Once again, the route will run from the Tyson Events Center parking lot; head north on Pearl Street; and then east on Historic Fourth Street; ending at Iowa Street. The biggest Parade ever is anticipated, with more floats, bands, and BEADS than ever before!

When the Parade is over, head straight to the Sioux City Convention Center for the Mardi Gras Festivale! Enjoy authentic Cajun food and handmade Mardi Gras costumes direct from Louisiana. Food service runs from 6:30 to 8pm, and the show starts at 7:30pm! Tickets for the Mardi Gras Festivale are $15, and include a reserved seat and the Cajun buffet. Tickets go on-sale on Friday, May 17th, at 10am at the Tyson Events Center Box Office, all Ticketmaster outlets, online at Ticketmaster.com, or by calling 800-745-3000. FREE seats for the show are also available on a first-come, first-served basis, no tickets required!

After the food and festivities, the party continues outside the Convention Center, with FREE, live Zydeco music from Grammy nominee Lisa Hayley and the Zydekats, brought to you by Fridays on the Promenade!

And the night wouldn’t be complete without fireworks at dusk!

This is an annual Sioux City tradition that keeps getting bigger and bigger. Join us Friday, July 5th, for Mardi Gras in Sioux City!