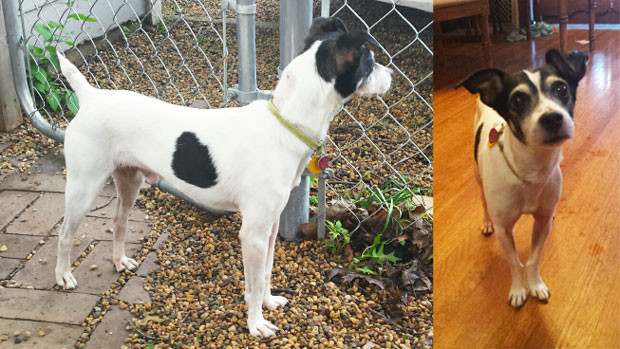 Hang out with Frisky for a short time and you will think he is a 4 year old stuck in a 12 year old body. He is energetic but not overwhelming, enthusiastic but not spastic. True to his Rat Terrier breed, he loves to go for walks and explore the world but will also hang out with you on the couch. He can be shy at first but give him time and you will be delighted to see him become affectionate on his own terms.

It may be due to the fact that he came from a quiet home with an elderly owner that he is skittish with quick movements. This makes Frisky’s ideal home a calmer place with no small children. He gets along with other dogs and will play cautiously with them. He has not been tested with cats. Since he is not destructive in any way and can be trusted to not potty in the house, he doesn’t really need to be in a crate while you are gone, but it does seem to be his safe place and will happily hang out there on his own.

Is there anything wrong with this boy? NO! Some people just don’t want to take in older dogs because of their shorter time with them but it’s very possible you will see more joy of life lived through this guy than you will some younger dogs. Do you have room in your heart for this sweet boy? With his impressive amount of resilience to the changes in his world, he is an inspiration!

To fill out an application to adopt Frisky go to www.noahshopeanimalrescue.com.