“That's not a rock, that's the heart of the mo..." /> 'The 33' is a forgettable telling of an unforgettable true story - Sioux City Now
Movie Reviews 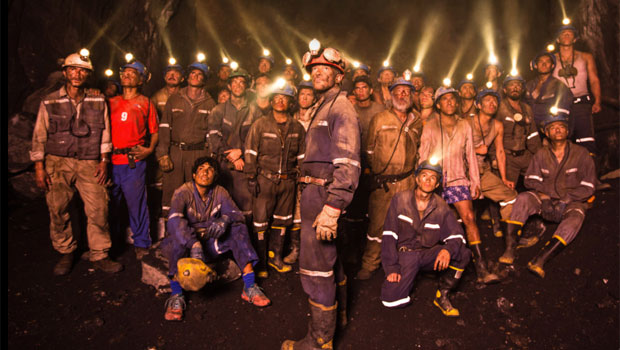 “That’s not a rock, that’s the heart of the mountain. She finally broke.”
– Mario Sepúlveda

When 33 Chilean miners were trapped more than 2000 feet underground for 69 days in 2010, the world was captivated. The 33, a film based on the book Deep Down Dark, dramatizes how those men struggled to stay alive and sane as teams from around the world worked to free them. While the film is riveting at times and worth watching for its historical value, its overall effect is rather bland and forgettable.

While the film features some recognizable actors – Antonio Banderas, Juliette Binoche, and Lou Diamond Phillips – the audience is never swept away by their performances. Perhaps director Patricia Riggen intended that no characters stand out, reflecting the importance of each of the miners trapped, but this doesn’t make for memorable filmmaking as that, along with Riggen’s relative inexperience, contributes to a clumsy handling of the story.

Other obstacles in telling the story to English-speaking American audiences are the language issue and the logistics of casting. The film is set in Chile and tells the story of Chileans, but the actors speak English – albeit with Chilean accents. This is, at best, distracting. Additionally, the actors hired to play the roles are Spanish, French, American, and other nationalities; very few Chilean actors are cast in the film. This Anglophonic approach rings false from the opening scenes, and audiences have a hard time transporting themselves to the world of the story because of it.

The story does treat all the miners with respect and attention, and although Banderas as the group’s spokesperson and Phillips as the foreman are most visible among the group, they avoid overshadowing the other characters. The strongest and most compelling performance is that of Rodrigo Santoro as the Chilean Minister of Mining. His character’s refusal to surrender to the mountain saves these men, and he carries the burden of that role with subtlety and strength.

This world, where men are sent deep into the bowels of the earth to extract gold for others, could have been the real star of the film if handled differently. The subhuman conditions these men work under every day, and the neglect of safety precautions and solutions in case of a disaster, are referred to and pictured only briefly: at the beginning of the film, as the men are headed down dark, cavernous roads hewn inside the mountain, it’s explained to a new worker that it will take another hour to reach the worksite; broken mirrors, the company’s version of the canary in the coal mine, are disregarded and their importance minimized by the mine superintendents. These scenes only hint at the atrocities suffered by the workers, and they are compelling. Expanding on those scenes was a missed opportunity.

However, the film does carry the audience along suspensefully for the most part, and it is perhaps most compelling as the various forces from around the world work to extract the men. The difficulties that the rescuers face arise one after another, and the determination with which they face those difficulties is conveyed effectively. Our hearts drop at the setbacks and swell in the triumphs, just as the hearts of those on site must have. And although its telling is flawed, with missed opportunities to sweep the audience into the world entirely, it is, after all, a true story of survival and perseverance that’s unforgettable.

The 33 is now playing at The Promenade. Click here for showtimes.